The ICMEP in cooperation with the International Solidarity Movement-Northern California (ISM) invite you to attend a presentation on the ISM's work in Palestine.

Since 2001, thousands of volunteers from around the world have joined the ISM to participate in Palestinian-led nonviolent resistance against Israeli human rights violations. They stayed with resistance fighters in the Nativity Church in Bethlehem, brought medical supplies to the ancient Nablus Casbah, and filmed the destruction and death in the Jenin refugee camp. ISM is on the front lines of the conflict and members have sacrificed their lives in service of justice for the Palestinian cause. Notable are Rachel Corrie, killed in Gaza and Tom Hurndall, shot in the head. In 2009, 2012 and 2014, ISM volunteers were in Gaza, reporting the Israeli invasion and helping in the hospitals, clinics and schools. 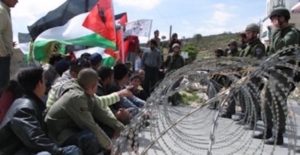