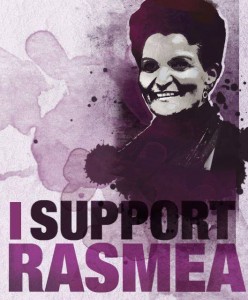 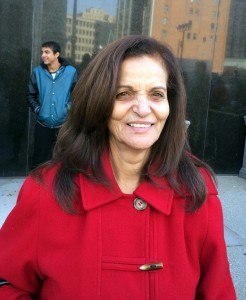 $10 admission
All proceeds will go to the Rasmea Appeal Fund

Appetizers, sweets, & treats will be served

Rasmeah Odeh
Rasmea is a leader in Chicago’s Arab community; her decade of service as deputy director of the Arab American Action Network in Chicago (and chair of its Women’s Committee) has changed the lives of thousands, especially Arab women & their families. She has worked tirelessly on behalf of the Arab Christian and Muslim immigrant community and for Palestinian human rights in the US & in Palestine. In 2014, Rasmea received the Outstanding Community Leader Award from the Chicago Cultural Alliance.

The Case
In the early morning of October 22, 2013, 65-year-old Rasmea Odeh was arrested at her home by agents from the Department of Homeland Security. She was indicted in federal court, and charged with Unlawful Procurement of Naturalization. Federal authorities alleged that she did not disclose her conviction in Palestine 45 years ago by an Israeli military court. At the time of her arrest in Palestine, then a 22- year-old student, her confession was forcibly obtained while being subjected to 25 days of physical and sexual torture. Rasmea never committed a crime, and her arrest and conviction by an Israeli military court were unlawful. Yet during her recent sentencing hearing, federal authorities sentenced her to eighteen months imprisonment, followed by deportation, but her sentence has been stayed pending appeal.

More Information about the Case