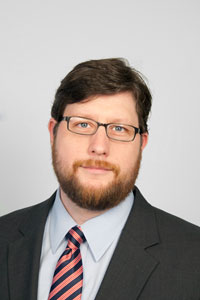 Since its inception, FMEP is well-known as one of the leading organizations documenting illegal Israeli settlement activity in and around Jerusalem and throughout the West Bank. Since Matt became its President last year, FMEP has expanded its mission to include policy papers, trips with journalists and other opinion-shapers to the region (MSNBC's Chris Hayes was on one of Matt's recent trips), Capitol Hill advocacy, and more.

Matt is a much sought-after speaker in Washington DC and around the country, and we're especially excited that Matt has agreed to come to Fort Wayne. In addition, Matt's father, Serge Duss (Director for Public Policy & Advocacy at International Medical Corps), is a board member with our own, Ron Caldwell, of Kairos USA, with Mark Braverman.

Please join us at Plymouth Church, THURSDAY, MARCH 5, 6:30pm, to hear Matthew Duss speak on the topic, "Israel, Palestine, and US Public Policy-2015."