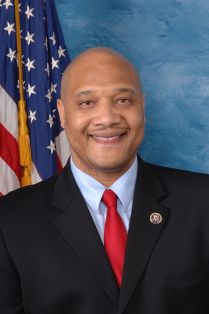 Our annual, interfaith commemoration of the UN's Universal Declaration of Human Rights will feature US Rep. André Carson (Indiana's 7th District) as our keynote speaker. Rep. Carson is an Indianapolis native, and one of only three Muslims currently serving in Congress. His Congressional memberships include: Congressional Black Caucus, Progressive Caucus, New Democrat Coalition, and the LGBT Equality Caucus. Along with Reps. Betty McCollum, Rashida Tlaib, Ilhan Omar, Alexandra Ocasio-Cortez, and others, he co-sponsored (1) the Israeli Annexation Non-Recognition Act, prohibiting the US from providing aid to occupied West Bank areas annexed by Israel, and more recently, (2) the Defending the Human Rights of Palestinian Children and Families Living Under Israeli Military Occupation Act.

We are honored and delighted to have him join us for this year's commemoration, and hope that you will be able to join us as well!