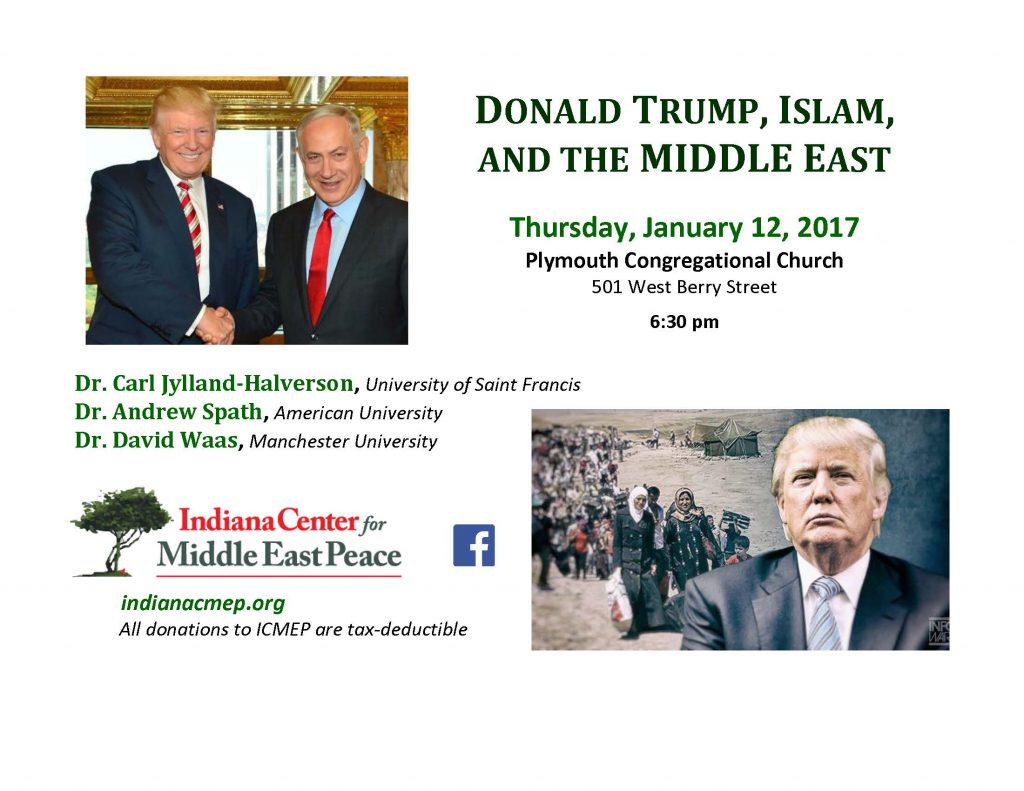 Indiana Center for Middle East Peace is entering its 13th year of educating and empowering citizens for peace, justice, and human rights locally and globally, focusing especially on the Middle East.

A new administration. A promised ban on Muslims and refugees, especially from Syria, to the US. The President-Elect has brought with him a number of very alarming issues, but particularly those issues central to the mission of ICMEP.

We've assembled an all-star line-up to help us sort through the goals of the new administration and how we can, how we must respond. There will be ample time for Q&A.

The panel will feature the following speakers, with their topics:

Dr. Carl Jylland Halverson, "Donald Trump on the Home Front: Islam and Refugees"
Carl is Program Director of the Clinical Mental Health Counseling at the University of Saint Francis. He has recently returned from Jordan where he was volunteering with the Syrian American Medical Society in their work with refugees.

Dr. David Waas, "Donald Trump, Russia, and the EU"
David is the retired Chair of the Department of History at Manchester University, and a very popular commentator on international relations throughout NE Indiana. Until recently, he held weekly adult classes on contemporary global political issues.

INVITE YOUR FRIENDS TO JOIN YOU FOR THIS IMPORTANT EVENT!!!