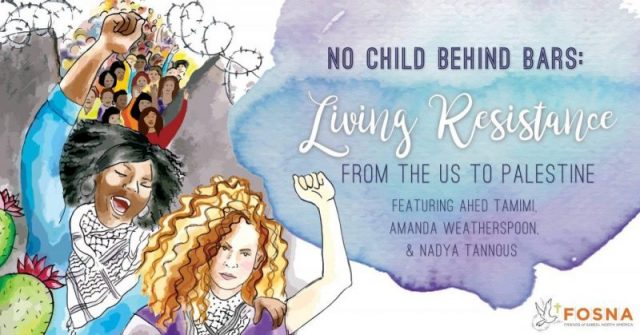 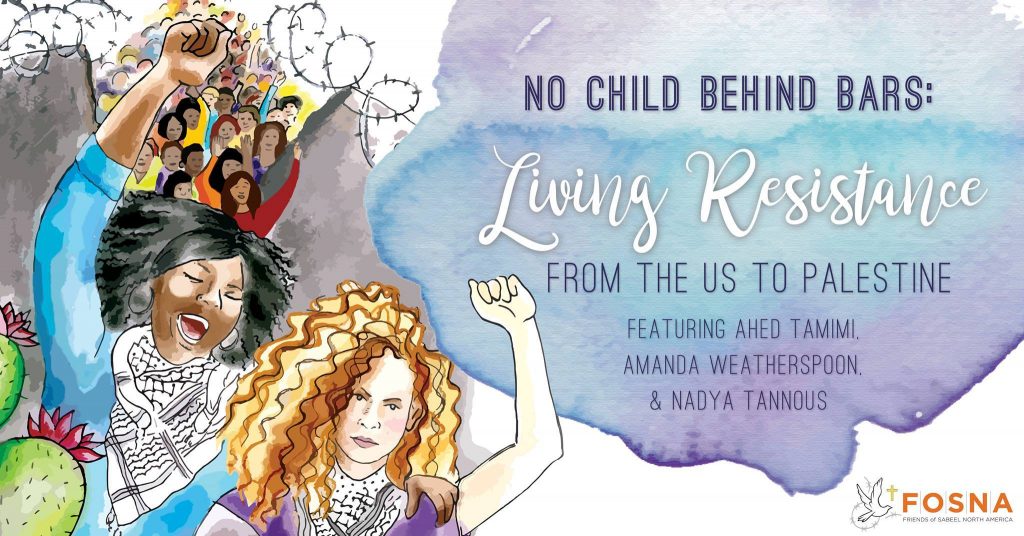 Increasingly, we are finding intersectional connections between the criminalization and detention of children and youth in Palestine and in the United States, and leaders in marginalized communities in the US (including the Black Lives movement and the Hispanic community) and in Palestine are focusing on breaking down the powers that reinforce those systems.

We have three wonderful speakers who will be addressing the issue:
AMANDA WEATHERSPOON is a Unitarian Universalist minister and Black liberation activist working on issues of state repression and criminalization of youth in the United States. Amanda sees tehse many systemic injustices mirrored in the opporession of Palestinians under occupation.
AHED TAMIMI is a 14-year-old activist in her village of Nabi Saleh, advocating against occupation, repression, and child detention. Ahed came into prominence as a face of the "third intifada" when she was caught on a Youtube clip standing up to Israeli military soldiers demanding the release of her brother.
NADYA TANNOUS works on the detention of Palestinian children in Israel’s military court system. She served on the No Child Behind Bars campaign and authored a report on G4S and Child Detention, based on the work of Addameer Prisoner Support & Human Rights Association and Defense for Children International.

This event is being co-hosted by Indiana Center for Middle East Peace and Hoosier Unitarian Universalists for Justice in the Middle East.

We hope you'll be able to join us for a discussion of this very important and timely issue.

Please help us to spread the word.