Ticking the Boxes of Occupation and Dispossession

Apartheid South Africa!  Apartheid Israel! considers how the policies of the State of Israel, in violently dispossessing Palestinians of their land, nationality, and human rights, replicates policies of South Africa’s era of Grand Apartheid.

In both comparative terms and in regard to international law, Israel has become an Apartheid regime, engaging in crimes against humanity.

Using the 2009 “Kairos Document” from Kairos Palestine and its 2020 “Cry for Hope,” and other documents from human rights organizations and international law, he analyzes the root causes of Israeli denialism and Christian denialism of Israel’s settler colonial project, and where we go from here.

Both theological and political, easily readable and full of documented facts, we are reminded that silence before Apartheid is complicity with the crime. 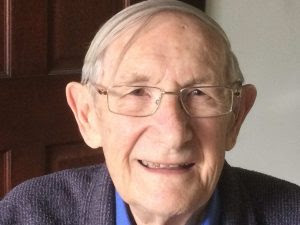 Brian J. Brown is a South African-born Methodist Minister – banned for 13 years by the Apartheid regime – until Nelson Mandela’s 1990 release from jail.  As administrative director of The Christian Institute, he was involved in active opposition to apartheid; engaged supportively with the Black Consciousness Movement; and called for civil disobedience and Boycott, Divestment and Sanctions to assist the end of apartheid.

In exile Brian held appointments in the British Council of Churches and Methodist Missionary Society where he studied the emergence of Israel’s government as an undemocratic, settler-colonial, and apartheid regime.

My motivation to write about Israel’s replication of South Africa’s policy of Grand Apartheid is bound up with a lifetime of challenging those who deny apartheid’s reality and its grievous hurt.  During the first forty years of my journey, in South Africa, I was confronted with this pernicious evil….

In the course of the next forty plus years of my journey, and still counting, I came to observe from a British perspective the emergence of Israel’s replication of Grant Apartheid.